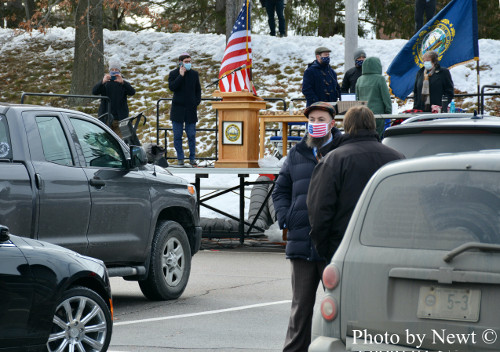 When one comes under attack by certain segments of the population, we sometimes respond by lumping together those people and give them a rather broad label. This is a common practice and it is unfortunate. I try to avoid such errors.

I know there are many rational thinking people, with whom I disagree, that are Democrats. Often they get tarred with the broad stroke of a brush wielded by some in the Republican party. With this in mind, I must reply to those who have a habit of responding to events without thought or the application of reason.

I stand proudly with the members of the House who voted against suspending rules on January 6th. As Representative Hough explained, we were in a parking lot in Durham in session and separated from news of the events happening in Washington at the time. Our legislature is a deliberative body, we are to think about our actions as they have an effect upon not just ourselves but also our constituents. When this vote was called, we lacked information about the events that were occurring and what would be included in the Resolution which would follow. When presented with such a vote, with insufficient information, I consider it to be irresponsible to vote in the affirmative.

I do not want this to be taken as a criticism of those who supported the motion; they may have had more information than I. This situation brings into focus the difficulties associated with remote meetings; the more closely a group meets, the better information flows through the body.

In the end the Resolution was adopted. Rep. Terry has pointed to a somewhat embarrassing problem with the Resolution. It was put together with such haste that it inadvertently condemns “all… action in Washington, D.C.” Surely we did not intent that to be included in our Resolution. When one assembles a sentence that will be recorded in history, deliberation will assure that “all violence and action in Washington, D.C.” can not be misconstrued.

Rather than shaming Representatives Comtois, Sylvia, Ploszaj, Bean, Aldrich, Silber, and Hough, those who react with outrage should pause before they fly off the handle, and look for a bit of perspective which might explain why we voted as we did. The voters of their districts are not as irrational as you might think.