Detractors and distracters make claims that the drama surrounding Gunstock are driven by my desire for control of the Area. This nonsense is just screeching by the outrage mob. My desire is simple; good governance.

When commissioner Gallagher resigned I hoped that action might smooth out the turbulence of governance at the Gunstock Area Commission (GAC). It was not that Gallagher was the cause of the problems, but it provided an opportunity to replace him with an individual whom would not be influenced by power seekers.

With Gallagher’s resignation the position opening was advertised in the local newspaper seeking applicants. Shortly after the advertisement started running, I received an email from the county administrator.

Noting this error I publicly acknowledged the error in a letter to the editor of The Laconia Daily Sun.

incorrectly states the position will be a five year term. This is my error. While the delegation has in the past filled a vacancy for a five year term, the enabling statute is clear that the vacancy is to be filled for the remainder of the vacant term. I apologize for that error.

Chapter law 399 of 1959 is the enabling statute of the GAC. Short of much controversy it is primarily of interest to the GAC. Now that all eyes are on Gunstock my past error is going to receive plenty of attention.

Back in 2020, with issues of viruses filling the news, the delegation voted to replace commissioner Nix with Rusty McLear. As it was the last year of Nix’s term, I misunderstood that we could appoint for a full 5 years. Why bother filling a position for 5 months?

Interestingly, as Hepburn points out, commissioner Kiedaisch asked about McLear’s term in October of 2020. Why did he ask about that?

He asked because he had read Chapter law 399. He knew that the law only allowed the appointment to fill the remainder of the Nix term.

Did he think that an opinion of a representative would trump the law? If so, that little bit of deception by omission is about to bite him.

An honest chairman of the GAC would have shared this information and asked for the reappointment of McLear. And the delegation, with the power of appointment, could have simply reappointed McLear without going through advertising for a replacement. Why would we bother seeking new candidates after such a short time. Nothing in the statute requires the formality of taking applications.

This foolish maneuver on the part of Kiedaisch now puts in question every vote of McLear since his term, by law, ended in November of 2020.

GAC is scheduled to have an emergency meeting today, March 11, 2022. While not on their agenda, they should seek to have the delegation fill the seat vacated by law in November of 2020. 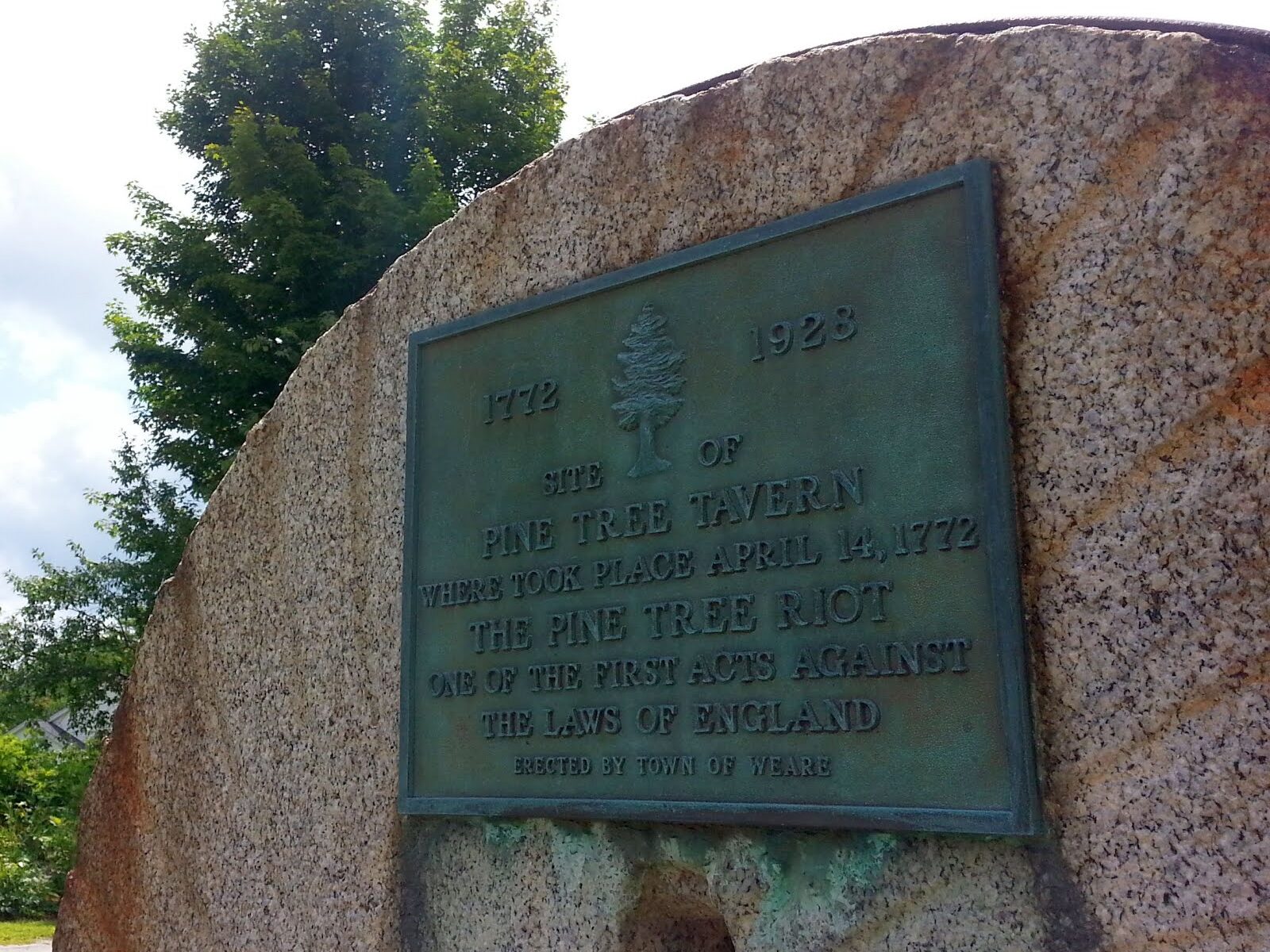 The people of New Hampshire declared our State to be forever a sovereign state.

[Art.] 7. [State Sovereignty.] The people of this state have the sole and exclusive right of governing themselves as a free, sovereign, and independent state; and do, and forever hereafter shall, exercise and enjoy every power, jurisdiction, and right, pertaining thereto, which is not, or may not hereafter be, by them expressly delegated to the United States of America in congress assembled.

In 1787 the Constitution for the United States was created. In 1791 the Bill of Rights was amended to the constitution. This included the 9th amendment;

The enumeration in the Constitution, of certain rights, shall not be construed to deny or disparage others retained by the people.

The powers not delegated to the United States by the Constitution, nor prohibited by it to the States, are reserved to the States respectively, or to the people.

Note how well those amendments fit with the preexisting NH Constitution Part I, Article 7, [State Sovereignty.] The people of this state have the sole and exclusive right of governing themselves as a free, sovereign, and independent state; and do, and forever hereafter shall, exercise and enjoy every power, jurisdiction, and right, pertaining thereto, which is not, or may not hereafter be, by them expressly delegated to the United States of America in congress assembled.

In the majority report recommending that CACR32 be inexpedient to legislate three ill-conceived reasons are relied upon.

First, “Nowhere in our US Constitution does it allow the federal government to permit any state to secede.” If one reads and understands the 10th amendment to the US Constitution, one can clearly see that lacking the explicit delegation of the power to prevent secession means that secession is retained to the states or the people. The majority report is self-defeating and lacks any logic.

Second, the majority claims that the ‘perpetual union’ was then ‘perfected’ under the US Constitution therefore it must continue for eternity. An honest look at the historical facts will reveal that we no longer hold to the Articles of Confederation; clearly that union was not perpetual. In fact, one can consider the formation of a new government under the US Constitution to have been an act of revolution.

Lastly, the Civil War settled the question. This argument is the very simple and brutal ‘might makes right.’ This is a bit odd when balanced with the concept of a contract between states. If force is that which holds the union together then there is no state sovereignty. If sovereignty is held by D.C. Inc. one might be forced to consider whence that sovereignty came.

It is quite sad but predictable that a committee named State Federal Relations and Veterans Affairs would be so subservient to the powers of the National government which regards its founding document with such little concern.

With such weak arguements against the proposed amendment to our constitution, the author of the majority report felt the need to move beyond reporting on the bill into the realm of questioning the character of the sponsors. He demands that D.C. Inc. punish those whom question authoritarian rule from the swamp. He even goes as far as threatening those whom might dare to vote for such a proposal.

Still straying from the content of the amendment the writer implies that the General Court should punish those whom follow the State constitution and view the State as the sovereign state that it is.

Insecure in his failed reasoning, he resorts to threatening charges of rebellion for those whom might dare vote to send a constitutional amendment to the people of the state. He further implies that the NH House remove voting rights for presumed rebellion.

REBELLION: Deliberate, organized resistance, by force and arms, to the laws or operations of the government, committed by a subject.

I’m almost disappointed that he didn’t whip out the big one:

Treason against the United States, shall consist only in levying War against them, or in adhering to their Enemies, giving them Aid and Comfort.

Let me end with one more jewel from our Bill of Rights:

[Art.] 30. [Freedom of Speech.] The freedom of deliberation, speech, and debate, in either house of the legislature, is so essential to the rights of the people, that it cannot be the foundation of any action, complaint, or prosecution, in any other court or place whatsoever.

The authors of our founding documents knew tyranny all too well, if we open our eyes today, we can see it coming back around.

CACR 32, relating to independence. Providing that the state peaceably declares independence from the United States and proceeds as a sovereign nation. INEXPEDIENT TO LEGISLATE.
Rep. Brodie Deshaies for State-Federal Relations and Veterans Affairs. The committee believes that articles of secession are unconstitutional and therefore impossible. Any attempt to make NH a “sovereign nation” only purports to do so and is illegitimate. There are three main arguments the committee heard. The first legal argument why states cannot secede from the union is reasonably understandable. The federal government is the only legitimate power to admit new states and to extend or retract territorial boundaries. Nowhere in our US Constitution does it allow the federal government to permit any state to secede, let alone for any state to decide unilaterally. Our constitution is quite clear on this issue (see Article IV, Section 3). No state constitution has ever suggested that states hold this power. Constitutions are implicit contracts with citizens that grant governments specific powers. With no power explicitly given allowing secession, no state can ever secede. Another argument lies in the US Supreme Court decision in Texas v. White (1869). In the court’s majority decision, Chief Justice Salmon P. Chase explained that the union began during the Revolutionary War amongst the colonies. In his decision, he writes, the union “was confirmed and strengthened… and received definite form and character and sanction from the Articles of Confederation… [and] by these, the Union was solemnly declared to be perpetual.” Justice Chase then says that our current Constitution was “ordained to form a more perfect Union,” which intended to convey the idea of indissoluble unity….” Therefore, the union can never be dissolved. Our form of government and Constitution is predicated upon the union’s “perpetual” existence. Without this “perpetual” existence, we would be throwing away the union, and with it, the US Constitution. The last constitutional argument is straightforward. It does not matter whether or not secession is illegal. What matters is that the union beat the confederacy in the Civil War. Once this happened, the illegality of unilateral secession was de facto established. The legality of secession was answered at Appomattox Court House in 1865 with the conclusion of the Civil War. It also means the repercussions for attempting unilateral secession have been decided too. The federal government must punish states and their leaders who try to secede. Which leads us to another question: can state leaders introduce or vote for articles of secession? This is currently an open question and the NH General Court would decide the answer. Nonetheless, the 14th Amendment, Article III, is very clear: “No State Legislator shall engage in rebellion against the Constitution.” Voting for NH’s proposed articles of secession could be determined by the NH House as rebellion against the US Constitution. It could be casting a vote to rebel against the union and, therefore, the same constitution establishing the perpetual union. Voting for CACR32 is not voting for a referendum. NH does not have referendum. We encourage fellow lawmakers to reject NH’s articles of secession and protect constitutional government. Not only is CACR32 logistically and constitutionally impossible, but NH’s articles of secession may require enforcement of the 14th Amendment by the NH House.

Thanks to Biker Bill for the photo. adventures in the free state