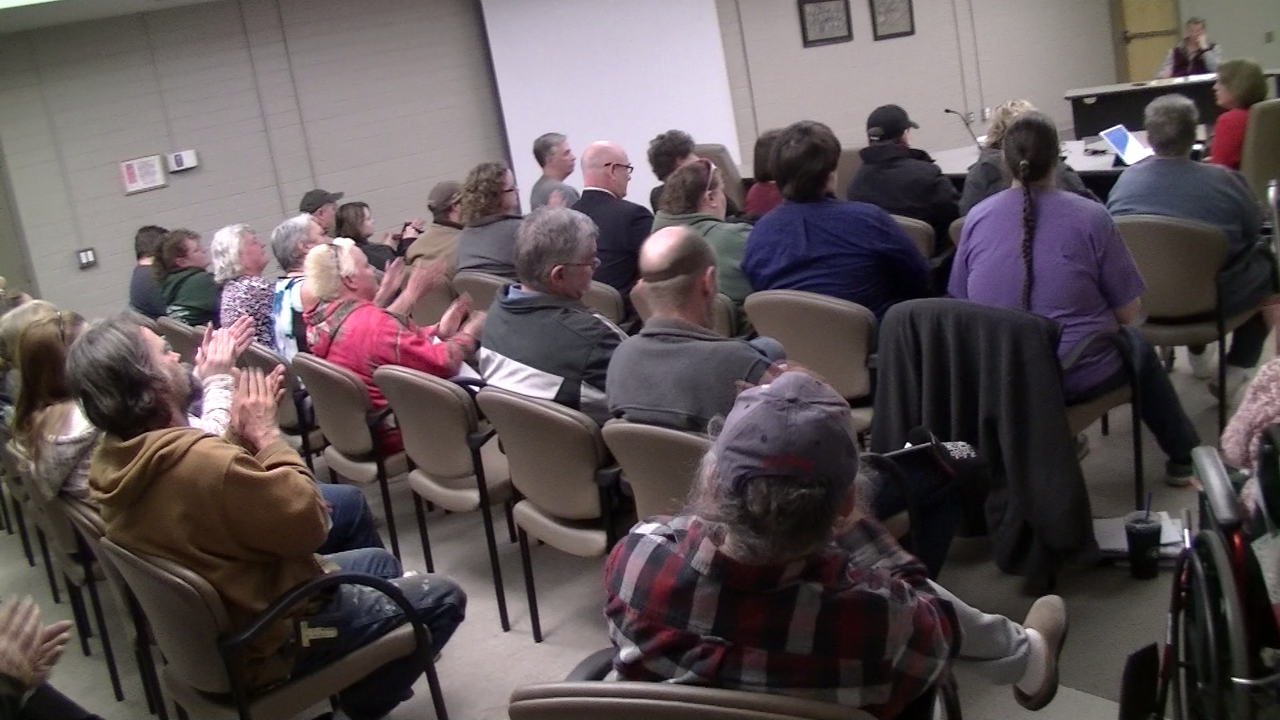 I received a call prior to the Belknap County commissioners’ meeting regarding the nursing home dining services.  It was from a local newspaper reporter and he was seeking a comment about ‘privatizing’ the kitchen at the nursing home.  My first remark was about the use of this ‘privatize’ term; it just doesn’t seem to sit right.  If it is to be ‘privatized’, then had it been ‘socialized’ all this time?

I attended both meetings on the topic, the first on March 28th where the commissioners decided to hold a public hearing on the proposed contract, and then meeting again on April 4th for the public hearing.  I’ve attended a number of commissioners’ meetings and I am generally the closest thing to a member of the public sitting in the audience.

Naturally, with jobs on the agenda the public hearing was close to standing room only.  The kitchen staff was bolstered by other nursing home employees, and a few nursing home residents.  Whereas the commissioners had already been presented the contract on the 28th, they went through the motion of asking the nursing home administrator a series of questions prior to opening the floor to comments from the ‘public.’

The county workers made their plea to shelve the idea of turning over the service to a corporate entity.  They pointed at the commissioners stating that the commissioners were only concerned about the money that would be saved.  They looked at the residents and tearfully stated that they were family (it’s a small county and some are likely actual family members).  After each speaker’s emotional plea came a round of applause.

The public airing of grievances wandered well into the neighborhood of an angry mob.  The chairman of the commission loudly begged the crowd to calm down as he ‘never uses his gavel and was not going start using it.’  Eventually the public comments were closed, but only in a technical sense as occasional grumblings would continue as the commissioners deliberated.

Two of the commissioners voted in support of awarding the contract to Glendale Senior Dining, one voted against stating ‘that he did not have enough information to support approval.’  I found this to be the most disingenuous statement of the night (and there were many) having had a week to get answers to any questions that might have arisen.

After the vote the room cleared out and warnings circulated that there would likely be a number of sick calls from the dining staff in the morning.  That might make one wonder how much they love their residents.

Yes people it is about the money, on both sides.  Government intervention in health care, retirement and taxation is the root of this problem.  And the unions are also guilty of contributing to schemes that push costs down the road so that they might claim victory in getting benefits in the future, instead of solid wages today.

Whether you chose to call it privatized or socialized it is all paid for with other people’s money.  As Frederic Bastiat said, “Government is the great fiction, through which everybody endeavors to live at the expense of everybody else.”